LAW OFFICES OF LEON A. KING II, ATTORNEYS AND COUNSELORS AT LAW, LLC

Michael R. Resnick, Esquire is a dedicated Government Executive and Attorney with over 28 years of experience serving the citizens and communities of Philadelphia, Pennsylvania and Baltimore, Maryland. He has had the privilege to serve the City of Philadelphia for over 24 years in a variety of highly responsible positions. Mr. Resnick embarked on his legal career in 1992 when Mayor Rendell hired him as an Assistant City Solicitor in the City of Philadelphia’s Law Department. He was promoted to the position of Divisional Deputy City Solicitor in 1997 supervising other attorneys. Mr. Resnick was appointed to serve as the Chief of Staff and Director of Legal Affairs for the Philadelphia Prison System in 2003. He then became the Chief of Staff to the Deputy Mayor for Public Safety in 2008. In 2011, Mayor Nutter appointed Mr. Resnick the Director of Public Safety overseeing the City of Philadelphia’s Public Safety departments. He served in this role for the next 4 years before accepting the role of the Acting Commissioner of Philadelphia Prison System. In 2016, Mr. Resnick was recruited by the State of Maryland to serve in the position of Commissioner of the Division of Pretrial Detention and Services for the Department of Public Safety and Correctional Services.

As a trial attorney, primarily litigating Civil Rights cases in federal court, Mr. Resnick was successful in communicating complex issues to juries in order to defend his clients and convey their positions. Mr. Resnick was also successful in preparing and arguing dispositive motions. In addition to litigating Civil Rights cases, Mr. Resnick has extensive experience litigating Workers Compensation cases as well as property liability and motor vehicle claims. Additionally, he has considerable experience appearing before legislative bodies and testifying in support of, or in opposition to, proposed legislation. Moreover, he has prepared information for press releases; has been a guest on syndicated radio; held press conferences live on-air and provided interviews for print, radio and television. These experiences demonstrate that Mr. Resnick possesses excellent oral and written communication skills.

Mr. Resnick is able to manage priorities and a high volume of work. While practicing law in the City Solicitor’s office his work load consisted primarily of section 1983 cases litigated in federal court. Caseloads were high and Mr. Resnick was responsible for all stages of case preparation - from pleadings to post verdict motions. It was essential that all deadlines were promptly met. Mr. Resnick earned a Bachelor of Science degree from Drexel University. He is an alumnus of Widener University School of Law and holds a Doctor of Jurisprudence Degree. Mr. Resnick has been admitted to the Bar of Pennsylvania, New Jersey and the US District Court for the Eastern District of Pennsylvania. 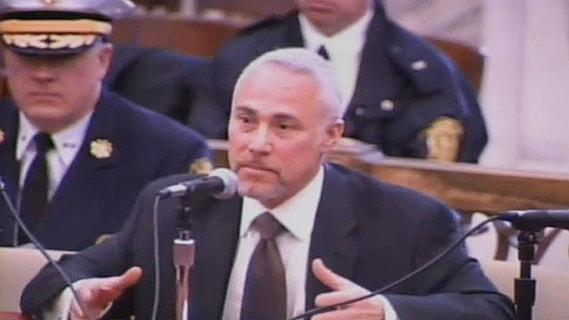 “Of Counsel Michael R. Resnick, testifying before the Public Safety Committee of the city of Philadelphia, City Council”

​State of Maryland, Department of Public Safety and Correctional Services July 2016 to present
Commissioner, Pretrial Detention and Services
•   Responsible for the oversight of the Division of Pretrial Detention and Services, which comprises a Central Booking facility and four related jail facilities, as well as support functions, which including maintenance, dietary, medical and mental health services, and case management
•   Manage the development and implementation of policies and practices that conform to Best Correction Standards to resolve the Duvall litigation.
•  Oversee the opening of a new juvenile facility, overhaul the classification and movement system, develop jail based training for correctional officers, improve physical plant and conditions of confinement and plan for reentry services and programs

City of Philadelphia 1992 to 2016
Acting Commissioner, Philadelphia Prison System Jan 2016 to July 2016
•  Chief Executive Officer of the 5th largest jail system in the nation
•   Through subordinates, supervised and managed 7,500 inmates in 6 secured facilities; as well as over 2,000 employees and contract staff
•   Oversaw the development of policy, training and operational initiatives.
•  Collaborated with Criminal Justice partners to develop strategies and implement initiatives designed to improve the function of the criminal justice system
​
Director of Public Safety 2011 to 2015
•  Had oversight of the Police Department, Fire Department, Prison System, Office of Emergency Management and several ancillary units within the Public Safety Division
•    Assisted in developing goals and strategic direction for the Public Safety Departments
•  Collaborated with the Mayor’s Office of Legislative Affairs and City Council to develop, refine and promote the Administration’s Public Safety legislative agenda as well as Council initiatives that advanced and improved Public Safety in the City; testified at public hearings before legislative bodies and administrative hearings
•    Responded to major public safety incidents throughout the City and assisted with crisis management
•  During major public safety incidents, provided the Mayor with accurate on-sight situational awareness; conducted press briefings; assisted in ensuring the appropriate city or external resources were available and in place
•    Formulated and drafted departmental policies and directives; mediated disputes between departmental management and union officials; resolved labor grievance issues
•    Oversaw and managed Public Safety grant-funded programs

Chief of Staff to the Deputy Mayor for Public Safety 2008 to 2011
•    Assisted in the development of policies for the Police, Prisons and Fire Departments as well as the Office of Emergency Management and the Mayor’s Office of Re-entry
•    Counselled and provided advice to the Deputy Mayor on legal and operational matters
•    Drafted interagency agreements, position papers and Council testimony for the Deputy Mayor
•   Collaborated with the Mayor’s Office of Legislative Affairs to help develop the City’s public safety legislative agenda and to provide assistance in formulating the Administration’s response to legislation affecting public safety
•    Conducted Step 3 grievance hearings for uniformed public safety employees
•    Managed department staff which included providing employee guidance and feedback, resolved administrative issues and delegated work assignments
•    Handled major projects assigned by the Deputy Mayor

Chief of Staff and Director of Legal Affairs, Philadelphia Prison System 2003 to 2008
•  Led the Prison System's Training Academy, Policy and Audit Division, Office of Professional Compliance, Contract Monitoring Unit, Office of Community Justice and Outreach, Public Information Office, Special Investigations Unit and the Prison System's CORESTAR Unit, which was the System's management-by-information unit
•   Ensured that the Prison System operated in adherence to the U. S. Constitution and other legal requirements in order to minimize costly litigation
•  Advised the Commissioner and Executive Staff on legal matters; served as liaison to the City Solicitor's Office, the District Attorney's Office and the United States Attorney's Office
•   Coordinated Prison System activities with respect to claims and active litigation

Divisional Deputy City Solicitor 1997 to 2003
•   Litigated civil rights cases involving police shootings, inmate suicides, false arrests, illegal searches, use of excessive force, inadequate medical treatment, and substantive due process violations
•    Responsible for every aspect of the litigation from answering the complaint, conducting discovery, motion practic and defending the matter in Federal Court
•    Assisted in the formulation of policy with regard to the area of civil rights in the Police Department and Prison System
•    Instructed recruits at the police and prison training academies with regard to liability for civil rights violations
•    Held training seminar on Fourth Amendment issues for First Judicial District Warrant Investigators
•    Supervised support staff as well as junior trial attorneys

Assistant City Solicitor 1992 to 1997
•    Litigated personal injury claims in State Court including motor vehicle accidents, property damage claims, and slip -and - falls
•    Responsible for every aspect of the litigation from answering the complaint to defending the action in court
•    Litigated Workers Compensations claims brought against the City of Philadelphia
•    Represented City Departments and Agencies in Civil Service appeals
•    Argued cases on appeal before Common Pleas and Commonwealth Courts 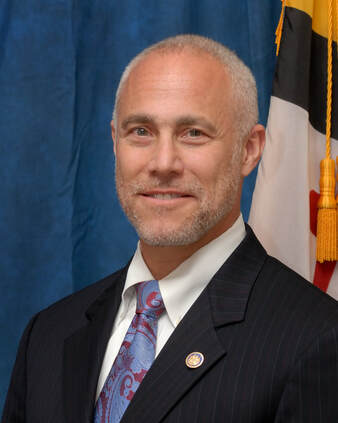 click here to get a consultation on your legal issue